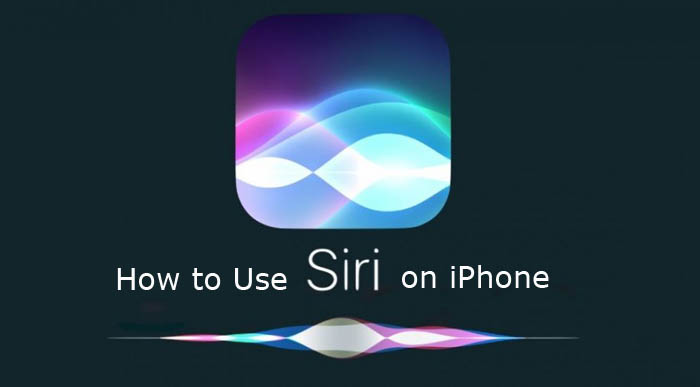 Siri is an Apple personal assistant iOS, macOS, tvOS and watchOS devices that uses voice recognition and is powered by artificial intelligence . when you activate the Siri, it responds out loud. Say “hey Siri” then ask a question to Siri. Siri responds to the users spoken questions by speaking back to them through the device’s speaker and presenting relevant information on the home screen from certain apps. Siri derived from a combination of multiple sources, projects and technologies. users can make requests to Siri in natural language.

How to Use Siri on iPhone

Talking to Siri is a quick way to get things done. In this section, we will take you through the process of how to activate and use Siri on your iPhone and iPad. Lets go to turn on Siri and ask questions by saying “Hey SIRI”.

How to Setup Siri on iPhone

How to Use Siri on iPhone

There are three ways to use Siri. They are,

1. Use Siri With Your Voice

2. Get Siri With Side Button

3. Type to Siri on iPhone

Instead of speaking out loud, you can type your queries to Siri without say them out loud. You will need to do this through the accessibility settings.

How to Setup “Hey Siri”

How to Secure Siri With Passcode

Allowing Siri to bypass the passcode lock could allow a thief or hacker to make phone calls, send texts, send emails, and access other data. Therefore it is important to secure Siri with passcode. To do this follow below instructions:

How to Change Voice of Siri

How to Change Siri’s Language

Siri has become more useful with every version of iOS. Here are some of the useful things you can ask Siri on your iPhone:

Also Read : How to Change Voicemail Password on iPhone.

These are the basics of Siri. Follow our walkthrough above to find out how to use siri on iphone and get some useful tips that will help you to use siri on iphone further. And with this guide know more easy way to make calls, send texts, use apps, and get things done with just your voice using siri. If you have any queries related to this topic, let me know in the comment box.